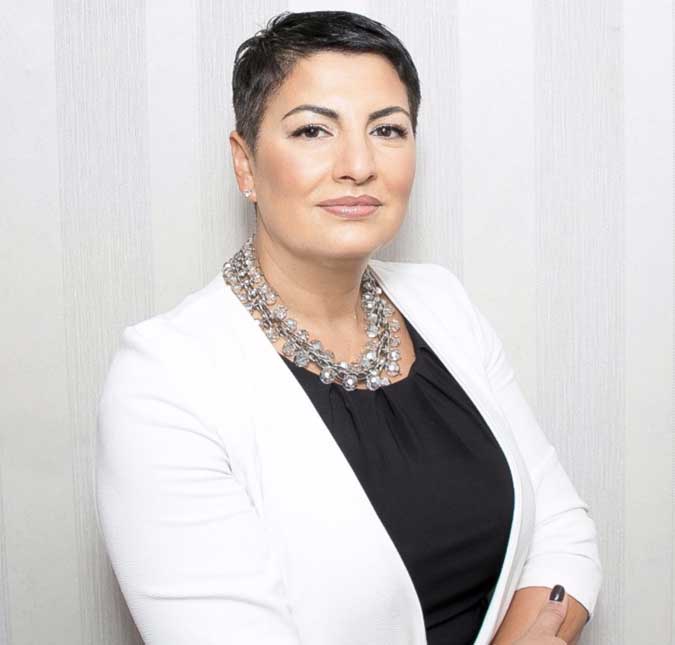 My name is STEFANIA ROSSI, and this is WHY I can help you!

I have over 15 years background in recruitment and a track record in recruiting top talent for prestigious hotels, restaurants and hospitality management.

I bought and turned around a failing salon, whilst maintaining the whole team and growing new talent, resulting in winning Professional Beauty Employer of the Year 2016 and IIAA Salon of Excellence within two years.

I turned a de-motivated team in a failing salon into a high-end prestigious multi award winning salon in a year by developing the RIGHT talent in my business.

This came about as a combination of my recruitment background, understanding what motivates individuals and identifying exactly the business needs.

I am now ready to do this for others with MY own winning recruitment formula.

With my experience, I know exactly how to recruit and match the right candidates to YOUR business. This is what I can help you with.

I own and run my award-winning Utopia Beauty & Advanced Skincare Clinic in Hornchcurch, Essex.

As a salon owner I know very well how hard it can be to find the RIGHT people to help you grow your business.

After a 15-year career in recruitment in 5 star hotels and restaurants that included the Dorchester, the Savoy, Claridges to name just a few, Stefania went on to specialise in management roles that encompassed team development, performance management and business transformation.

To own a beauty clinic was always a dream for Stefania, and she got to a personal point in her life that made her re-evaluate her life, Stefania decided to go after her dream.

Stefania explains “I always wanted a business where I could make a difference as an employer and where I could also utilise my background in recruiting and building successful teams. So I purchased Utopia in January 2014. This was a massive undertaking, as it was a failing business. However, I’m delighted to say that the effort has been totally worth it, I’d go as far as saying it’s been the best decision I have ever made!”

Taking over a struggling business and transforming it into an award-winning salon in less than two years took a lot of work, as well as passion, belief and commitment in what she was doing.

Stefania had decided the way forward was to build a team that was not only motivated and sales-driven, the hand-picked team at Utopia are true beauty professionals with a strong desire to grow and progress their careers within the Utopia business.  Stefania’s key strength has been to recognise the importance of having a strong, talented team as the very core of her business.

Now, Stefania’s focus and passion is to support other salon owners in developing and building their teams by providing them with unique, personalised and tailor-made recruitment support that matches business needs against the best talent.

Stefania’s expertise lies in matching the needs of a business with the RIGHT staff for it. By doing so, Stefania creates Dream Teams.